Habitat; without it we have nothing. Northern Colorado Pheasants Forever recognizes this and is committed to habitat improvement in Eastern Colorado; the heart of pheasant and quail habitat.

Here is the evidence:

Colorado Farm Bill Biologist, Partners, worth their weight in GOLD, have created One Million Acres of Habitat

As seen on page 137 of the Pheasant’ Forever Winter, 2018 magazine. Check out this magazine for the entire story.

Colorado Farm Bill Biologist (CFBB) are worth their weight in gold! In fact in seven short years, and in conjunction with landowners, the Natural Resources Conservation Service, Colorado Parks and Wildlife, and the Western Association of Fish and Wild Life Agencies, our biologist have created ‘one million acres of habitat’.

We could not be more proud of them and are happy to support the CFBB program.

Colorado’s Corners for Conservation a Win-Win for Landowners, Habitat, and Pheasant Hunters

This joint habitat initiative provides a starting point to address the decline of Colorado’s grassland habitat while providing benefits for key wildlife species such as ring-necked pheasants, grassland songbirds, and pollinating insects. Corners for Conservation projects will be open to public hunting through the Colorado Parks and Wildlife Walk-in Access program beginning on November 12, 2016. Interested small game hunters can locate these new sites in the forthcoming Late Cropland Atlas, due in late October 2016. 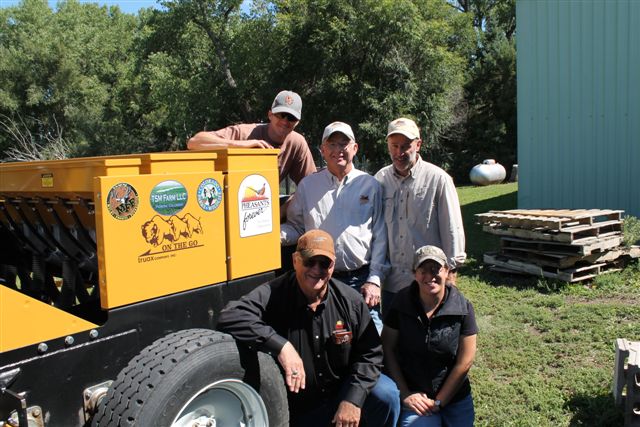 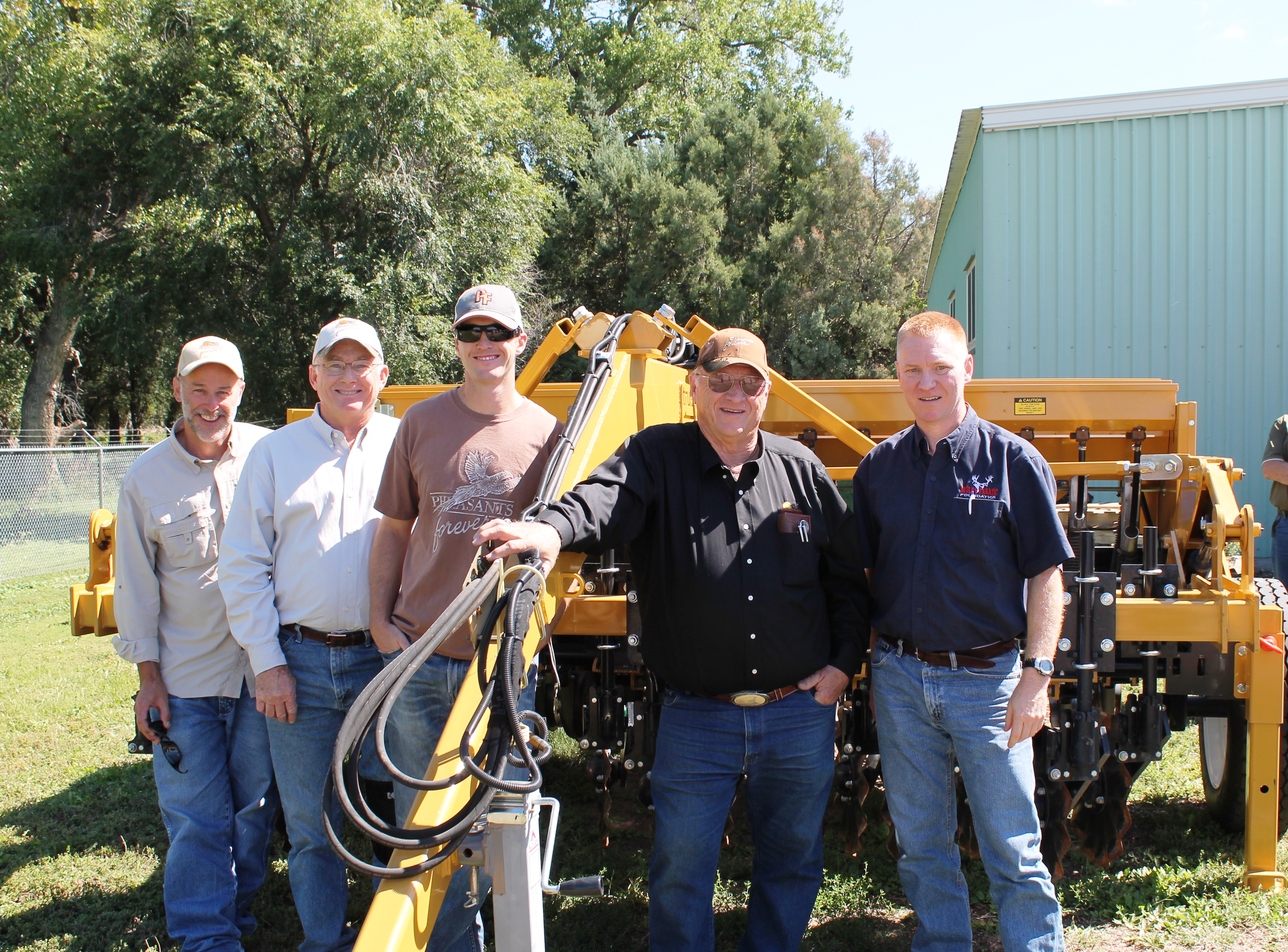 NOCOPF is highlighted in the 2014 Pheasants Forever Magazine

Check out the Article on Pg 45 of your new Pheasants Forever Magazine. It features Northern Colorado Pheasants Forever’s youth outreach efforts, and includes a picture of our latest Pollinator Plot Project! 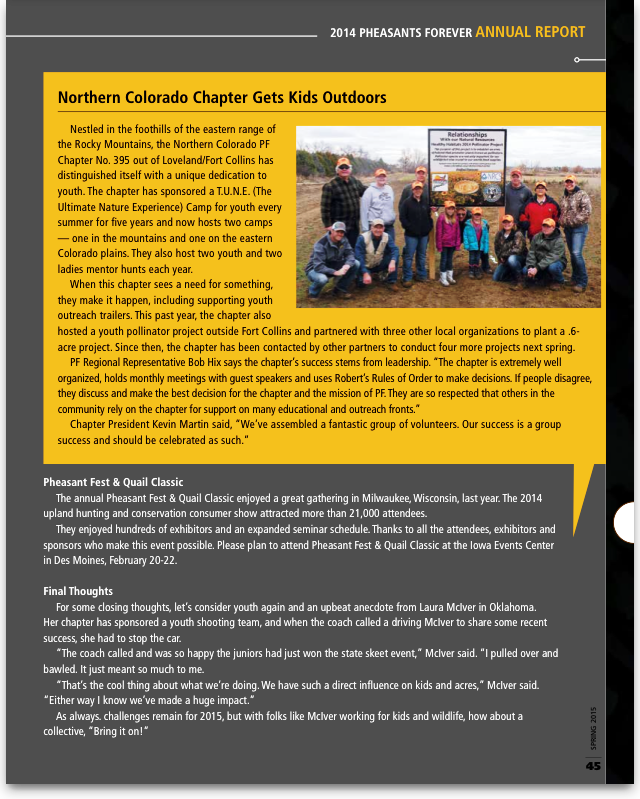 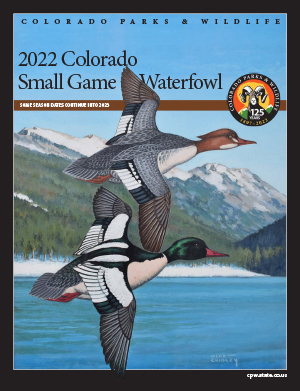 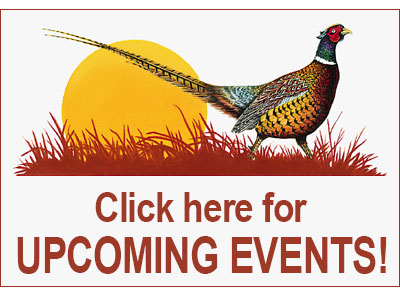